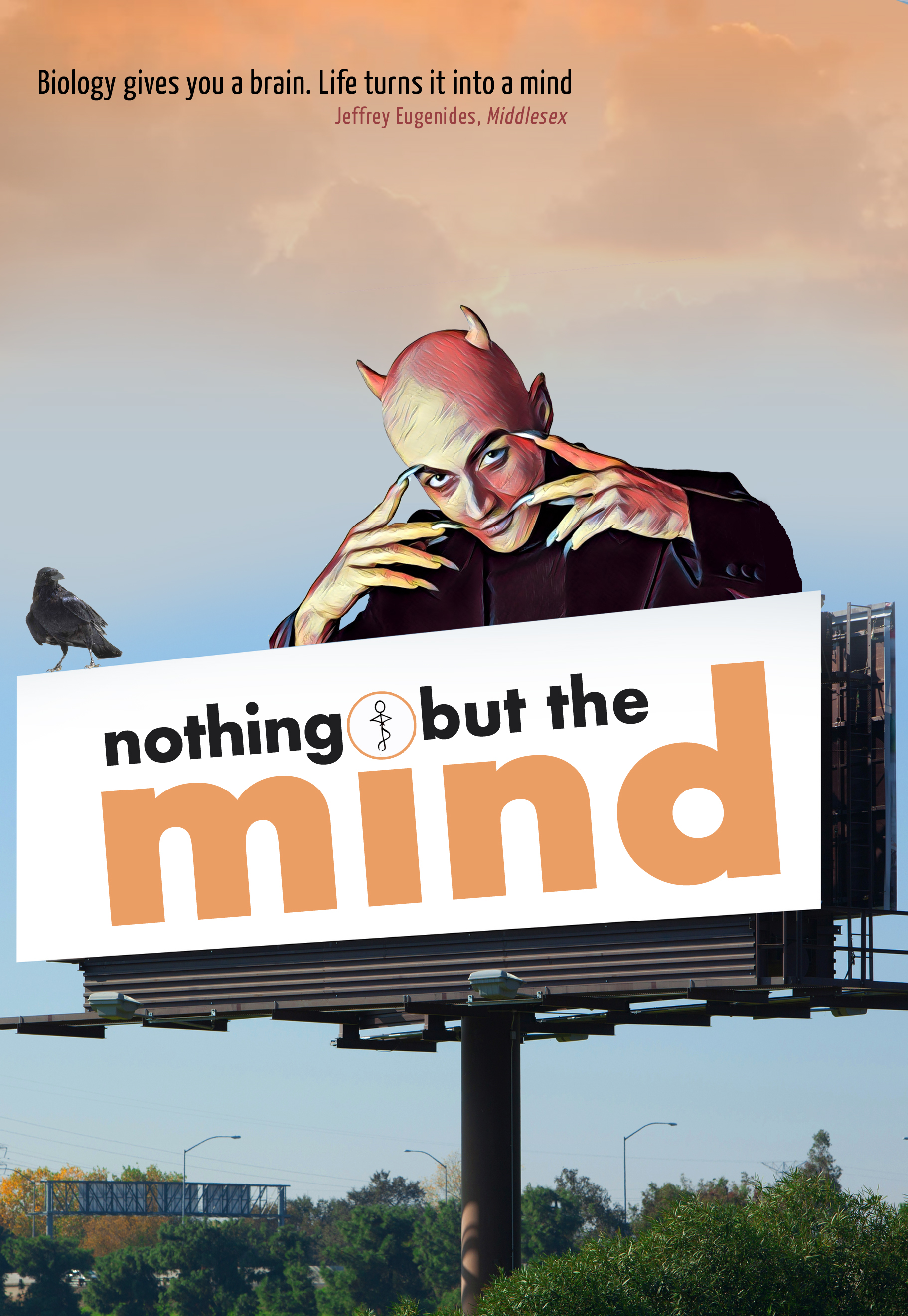 Mind Some Method in the Madness?

On this New Year, even as we open this third quarter of Inter-Actions themed MIND, we wonder if Kerala, the most literate state in our country, has completely lost its mind. More than 125 years ago, Swami Vivekananda insightfully noted that this coastal strip had a visible lunatic streak. It was not its casteism—prevalent all over India at that time—which prompted him to make that observation, but the curious fact that this tiny part of the world, which had a unique millennia-long history of amalgamating many a world culture and negating rigid formations of identity, was still perpetuating ugly discriminations based on caste.

As you read this, we are witnessing the formation of a 600-km long Women’s Wall stretching from the state’s northern district of Kasargod to the southern-most district of Thiruvananthapuram “to demonstrate the secular and progressive mindset of Kerala,” while an arguably longer line of lamps called Ayyappa Jyoti was already constructed from Manjeshwaram in north Kerala to Parassala in the south on the night of 26th Dec to pose an advance counter to the WW, and to “save the sanctity of the temple”.

In this quarter, BRP Bhaskar, one of the most eminent journalists the state has produced, puts things in perspective, analysing the Sabarimala issue historically as well as politically. He juxtaposes August 2018 when the Malayalis through their remarkable response to the worst floods in living memory proved their state to be what Sri Naryayana Guru envisaged: “a model place where all live as brothers without caste differences and religious hatred”, with the current madness over Sabarimala—immediately after! Indeed, Sabarimala is baring Kerala’s socio-political paradox  yet again, as the State’s learned people, with unmatched deftness, divide themselves using lights and turn themselves into walls. And, we are faced with the same old puzzle—why has Kerala’s learning and enlightenment experience not been able to help it surmount its smallness?  BRP’s essay in this quarter’s Perspectives is undoubtedly one of the most balanced and studied contemporary writings attempting to answer that. We can only hope it makes an impact!

That brings us to  Nobel Peace Prize co-winner Jerry White, our featured personality in the Lilaight segment who works towards helping people find “clarity in this complex world”! One of the key leaders in the movement to ban landmines worldwide, Jerry talks about the wisdom, strategies, and collaboration needed to convince the world to do the right thing, and we gather from our conversation with him, a set of values that could serve as milestones in an individual’s journey from personal choice to universal impact!

Basic Conversations this quarter focusses on Mental Health/Illness. We have an evocative entry into the subject with Malayalam poet K Satchidanandan reading his celebrated poem “The Mad”— well-timed, we would say, considering the happenings in Kerala! The segment gains further gravitas as Clinical Psychologist Nupur Dhakephalar guides us through the minds of adolescents to help us see what we can do to address the ever-growing cases of mental illness amongst the youth. Academician Tissy Mariam Thomas calls for a rediscovery of public health networks in India and invest them with a combination of knowledge resources to create a culturally relevant governance system for mental health care.

Our Renaissance Person this quarter is Theatre Artiste Arti Prashar, a pioneer in non-verbal performance-therapy for dementia. Having had both her parents suffer from this condition,  she speaks of creating a space and practice to help patients as well as their caregivers and loved ones.

In the Reflections segment, Mythologist Devdutt Pattanaik asks if  the legal system in India is only now recognising something that has already been discussed and accepted in Indian mythology—the ways to transcend the animal mind; Tech-thinker B.R Amruth emphasises the need to reimagine our social systems in a way that would our mind from exploitation and conditioning by a handful of powerful companies, governments and individuals; Life Coach and Neurolinguistic Programmer Dr. A Abraham examines how our language influences our success; Philosopher Nilanjan Bhowmick explores the epistemology of the mind and wonders if we have any credible theory of the mind;  Arab Spring revolutionary and academic Dalia Wahdan takes us through the mind (or lack thereof) of urban infrastructure management in a post-revolution country; and Mathematician Thomas J. MacFarlane unpacks conceptual frameworks at the intersections of philosophy, spirituality and mathematics to understand the deepest nature of reality.

In Rubaru, poet Arundhahti Subramaniam  explores how poetry and spirituality give us the ability to recognise and appreciate gaps in our understanding of life; Artist Bryan Lewis Saunders takes us through his processes of using self-torture to mind-altering drugs to explore his self and mind every day, and of  translating his insights into self-portraits; Filmmaker par excellence, Kumar Shahani reveals what it means to bear the mind of an aesthete in our times; and Property Rights correspondent Rina Chandran critiques the #MeToo movement in India from the perspective of millions of people in the country who have no rights or autonomy over their own bodies, minds and lands.

Leelatoonist Unny sums up our concerns during this quarter in a master cartoon on ‘mindless spots’, while Inter-Actions Executive Editor Shivani Karmarkar’s column  connects the Azande tribe in Upper Nile and a few neo-literate domestic workers from a Delhi slum in an attempt to recover the act of thinking for all.

WordActions features the remarkable internet artists from Korea, Young-Hae Chang Heavy Industries for the first time in an Indian publication. We hold that the uniquely significant potential of YHCHI as contemporary thinkers has not yet been recognised fully, and recommend deeper studies on their work that may lead our gizmo-addicted generation towards a saner mode of living. And, for those who want to take a look, they are at the Kochi-Muziris Biennale right now! ArtActions showcases a newsmaking young illustrator from the UK, Kirsty Latoya, who talks about how art has helped her battle depression while at the same time acted as a vent for her expressive self.

This quarter’s Trailblazers are Karan Singh  Magic, the Mentalist, and a Village of Mathematics. We invite you to explore these mind-spaces for yourself. In Perspectives, apart from BRP, we also have UN humanitarian Aid Worker and fiction writer Ruth Mukwana - On fiction and humanitarian affairs (R) who helps us see how fiction often tells us a greater truth than humanitarian reports. And as usual, we have a few Revisits to the Inter-Actions archives that further illumine this issue on MIND.

Our cover this time leads us into the heart of a twilight--a sandhya--where those celebrated opposites--nature and imagination--meet. Evoking the devil of a time in the ad world, it points to the possibilities of a mind formed in the middle of life. Hence, despite a range of concerns that occupy our minds at LILA right now—from Sabarimala and #MeToo in India to the rumblings of volcano and the tsumani alert in Indonesia, and the public risk involved in a no-deal Brexit—we still hold on to our Impact-expert Jerry White’s words, and urge our leaders to give some good mindspace to “the art and science of creating power for strategy, coalition across sectors.” And, on that futuristic note, we wish all of you a truly interactive New Year!

Nobel Peace Prize co-winner Jerry White lilaights us with his acclaimed global impact strategies for an enhanced experience of humanity.

“Finding Clarity in a Complex World”

Pictures of Impact: A Gallery

The Cyclical Adventure of Choice-Making

A poet, an academic and a clinical psychologist explore the imaginary, theory and practice of 'sanity' in our speed-infected times

THE MAD: A Poem

Mental Health Issues Among the Youth

Towards a Public Turn in Mental Health 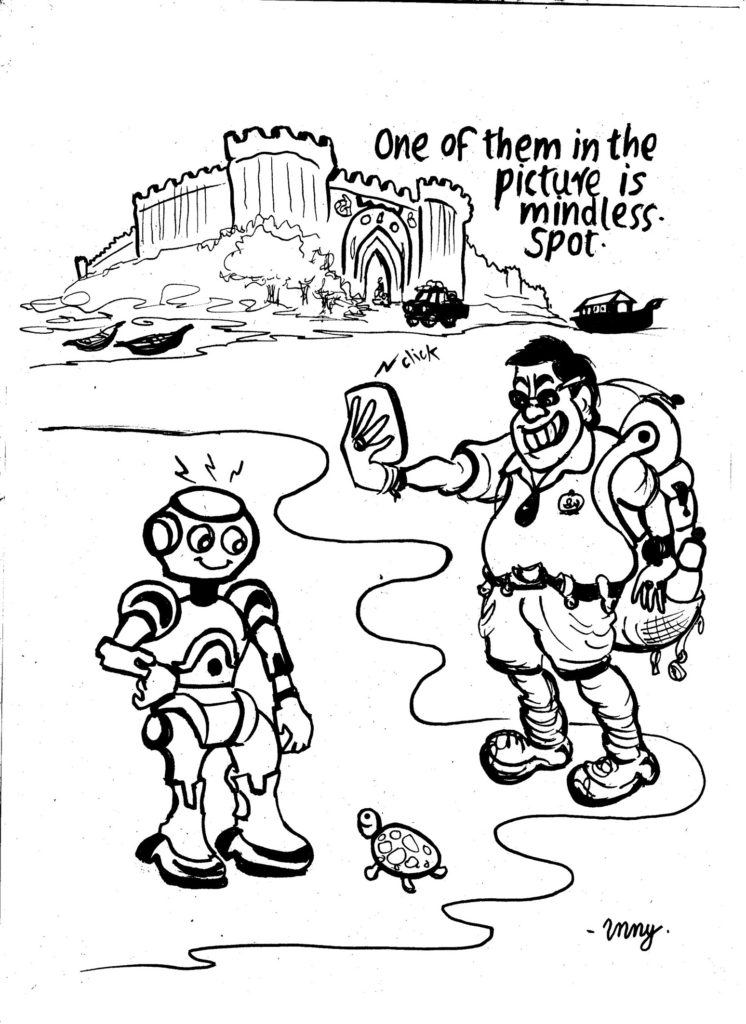 Forgetting the Self but Remembering to Live: A Conversation with Arti Prashar

Theatre, Spirituality and Dementia: The Soul Still Knows Who They Are

Mathematics and Spiritual Philosophy: Exploring the True Nature of Reality

Neuro-Linguistic Programming: Empowering the Self by Knowing the Self

Between Eros and Thanatos: Transcending the Animal Mind!

Mind Talk: The Confluence of Thought and Action

Do We Truly Own our Own Minds?

We only Hear from Women who have Agency

Walk in Between: A Cinematographer Reflects

Drugs, Torture and Insight: Exploring the Self through Portraits

Young-Hae Chang Heavy Industries, are a web-based artist-duo based in Seoul

Matter and Irony in Young-Hae Chang and Marc Voge

Inter-Actions presents Young-Hae Chang Heavy Industries and their understated but profoundly impactful action through words on the world wide web!﻿

‘Reflections of Me’: An Image Gallery

Creating a voice for the Culturally Overlooked

An upcoming illustrator from the UK, Kirsty Latoya, talks about how art has helped her battle depression while at the same time acted as a vent for her expressive self

Introducing innovators who dare to experiment and change the world

Mathematics Village of Ali Nesin: An Evolving Communion of Nature and Science

The Logic Behind the Magic

Humanitarian Crisis And Fiction: The Complete Truth Must be Told