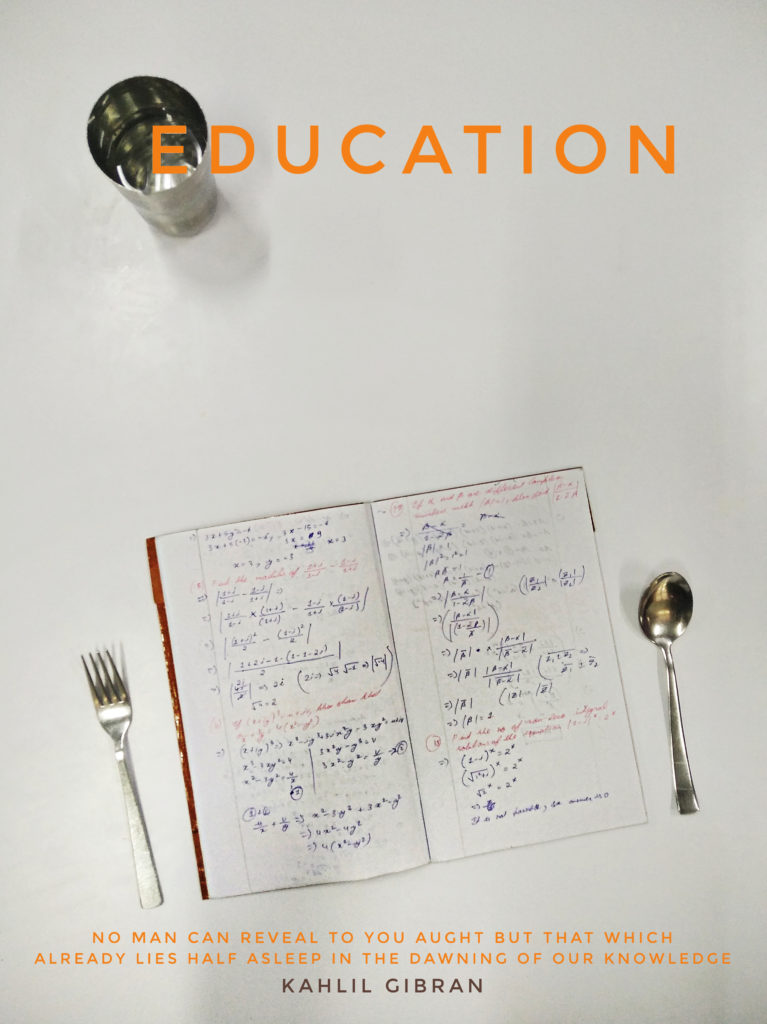 Teach Us Today How to Discriminate ...

Samkhya, one of the oldest Indic darsanas (visionary philosophies), emphasises the critical significance of ‘discriminating wisdom’ in our lives. While Samkhya is largely recognised today as offering a critical perspective that could subvert monolithic religious ideologies rampant in contemporary India, the presence of ‘discrimination’ in its scheme of things might make it a little complicated for us. But it must relieve us that the wisdom for discrimination that Samkhya espouses is indeed different from the way the word has been (ab)used in our times – certainly no modern liberal mind must tolerate ‘discrimination’!

Cut to the western world in the 16th century, we catch Kent in Act IV, Scene 1 of King Lear warning Oswald when the latter’s impudent behaviour with the now throneless Lear exceeds all limits: “I’ll teach you differences.”

‘Difference’ is not discriminated against in our democratic circles as ‘discrimination’ is. In fact, the word is currently being celebrated within liberal parlance, but its very currency seems to be giving it a certain attention that may lead to it soon becoming a bad word, vis-à-vis our right duty toward nationalism.

Let’s think about this – we see how two words that may refer to the same familiar idea getting polarised and moving into separate ideological camps. And, this polarisation could certainly pull down the bridges of connection that exists in this pluralistic country! Why do we let this happen – why do we allow words to be appropriated and abused and restricted? Is it a problem of our understanding; is it pointing to our need to rethink our education?

It is pertinent here to refer to the government’s invitation of suggestions from the public domain to improve the draft National Education Policy, 2019 released immediately after it assumed office on 30 May 2019. The four parts of the 484-page draft deal with “School Education,” “Higher Education,” “Additional Key Focus Areas,” and “Transforming Education”. The time allotted to the citizens to review the draft that seems to be envisioned to create an “India-centred” education system that will lead to the creation of an “equitable and vibrant knowledge society” (p 41) has officially come to a close just now, the last hour of 30 June 2019 [This date has now been shifted to 31 July]. So, what is this Inter-action on Education doing here and now as we begin a new month, a new quarter?

In the pressing context of the possible implementation of the NEP draft, Inter-Actions would like to draw the attention of our readers to a serious problem pervading our societies today —abusive and polarised use of language.

The NEP has already provoked a set of polarised responses. In all appearance it is a comprehensive, well-meaning and visionary document, and is being celebrated by offices closer to the government. But many from the civil society have raised doubts about its larger ‘intentions’ as brought out in the scrutiny by Kumkum Roy in the Economic and Political Weekly dated 19 June.

For instance, the draft says language teaching “will be enhanced with the reading of an analysis of uplifting literature from the Indian subcontinent, ancient to modern, and by authors from all walks of life” (p 85). It also says, “All stages [of school education] will heavily incorporate Indian and local traditions” (p 76). Further, “Indian languages must be heavily promoted again and with new vigour” (p 82)

Prima facie, all the above seem fine and even necessary. But what makes it all unnerving is our contemporary history – as Mahua Moitra pointed out in her maiden speech in the parliament wherein she listed seven signs of fascism that are seen in this country today: “There is a powerful and continuing nationalism that is being sphered into our national fabric. It is superficial, it is xenophobic, it is narrow. It has a lust to divide. It is not a desire to unite. Citizens are being thrown out of their homes and are being called illegal immigrants. People who have lived in this country for 50 years have to show a piece of paper to prove they are Indians.”

And, when one reads the NEP draft with reference to the incidents referred to in this speech, this discussion on legal education (p 303) unsettles us: “The law curriculum has to fall back upon the culture and traditions of people, the history of legal institutions and victory of “Dharma” over “Adharma" writ large in Indian literature and mythology.”

As Mahua Moitra mentioned elsewhere in her speech, as we traverse this road as projected in the draft NEP, we feel “as though all of us in this country today are in fear of some nameless, shameless kala bhoot. There is fear pervading everywhere.”

With such fear we look at even a beautiful word like ‘community’ as mentioned in the draft NEP and feel terrified as to what exactly is the ‘community’ that is being referred to here: “…the community will be involved in working out the vocational skills that need to be taught to students from Grades 6 to 8 (p 95)” and the community is expected to play a key role in School Management Committees (p 173) as well as in Higher education institutions (HEIs) (p 202).

Evidently, at this point unless we clearly ‘discriminate’ between various uses of language, we would not know where we are being led to. We should know ‘the differences’. Inter-actions this season brings you a range of profound thinkers who reflect on these differences that should form integral part of our awareness today lest we got ourselves trapped in a mire of words that are all good to hear, and are far from good when translated into real life experiences.

In Lilaight of the Season we explore the alternative model of education that is practised at Vidya Vanam, the school for tribal communities in the border of Kerala and Tamil Nadu. In Basic Conversations we have Sudarshan Iyengar illustrating for us Gandhi’s vision of Nai Taleem and Rishi Barua taking us on the road to Santiniketan. Our Executive Editor Shivani Karmarkar’s regular column Aesthetics of Conflict deals with CCTV surveillance in classrooms and its implications. Unny’s Leelatoon this season poignantly refers to the ancient Indian discovery of zero in the highly competitive Indian political context. Our Renaissance Person for this issue is the truly remarkable Krishna Kumar whose work as an educational thinker has already become legendary. In Reflections, we have Navtej Johar invoking the poetic inner world of human beings to inspire a greater connection with the ground of living; Sundar Sarukkai talks of the way to connect philosophy and the public; Pankaj Chandra speaks of how he and his team are rebuilding Education at Ahmedabad University; Zahira Rahman speaks of the role theatre can play in Education; Sanjay Gupta of World University of Design speaks of understanding and addressing the 21st Century design needs. In Rubaru, we have brought you four extraordinary interviews: Authors of international best sellers on Communication and Decision-making, Roman Tschappeler and Mikael Krogerus speak to us about keeping up with ideas on the fast track; Sadanand Menon talks of the hitherto unmatched cultural contribution of the art pages of the Economic Times (1991-96), and of his time as its Arts Editor; Prima Kurien reveals her ecological vision of art and food; and Tripura Kashyap shows the importance of involving the body in academics. Our Wordactions features the ground-breaking calligrapher Achyut Palav and Artactions explores the socially responsible art world of the internationally renowned artist Probir Gupta. In Perspectives we have Girija Ravikrishnan’s experience as an educator of children with special needs, Sohail Hashmi’s walk through Old Delhi, Pepita Seth’s Photo Essay on Kothamuri Theyyam and Shivani’s interaction with Avinash Patil of MANS founded by the slain activist Narendra Dhabolkar. In Trailblazers we have stories of two homeschoolers, Harshita Arora and Aradheea Gawde and Sayan Chaudhuri’s reimagining of the idea of a University. Our revisits this time come from our earlier engagements with poetry and related worlds.

Our cover this quarter with its choice of colours, motif verse, as well as the unusual placement of the spoon, is designed by Martin Tom; it alludes to our vain attempt to spoon-feed what cannot be thus fed—creativity, spontaneous access of knowledge and innovative thinking that must be at the core of our educational enterprises and policies. As we bring these inter-actions on, we hope the draft NEP will find the balanced scrutiny that it must undergo, and that our country will truly be a place “where the mind is without fear, and the head is held high; where knowledge is free.” Have an insightful reading!

Significant education ideas from the past situated in the present

Counter-Productive Measures: To See Or To Let Be? 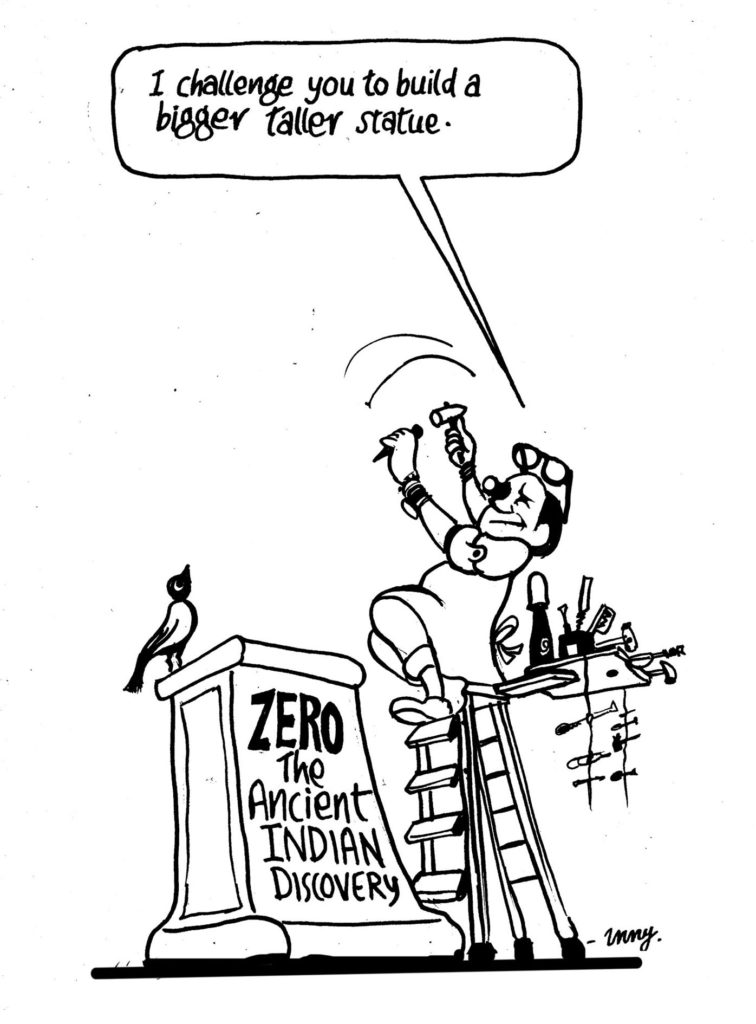 Creating Ideas for Life: Purposes and Practices of Relevant Education

Philosophy and the Public

Theatre in Education: A Play on Hierarchy

Putting Theory to Use

SOS: An Ecological Vision of Food and Art

The Demise of Arts Journalism in India and the Democratic Deficit

Unnatural to Neglect Body in Education

Ishwar, Allah and the Elements – A Gallery

Meet the Hand Behind the Words: Achyut Palav

Achyut Palav talks to us about the philosophical and spiritual influences behind his practice, and how learning calligraphy helps transcend the human condition in the digital age

Between Paintings and Pottery:A Gallery

A gallery of works by Probir Gupta and his students

It’s All About the Language

In India, people do not look at the arts as contemporary media, like they would read a newspaper or watch a film – this language needs to be cultivated.

The Middle Path for India