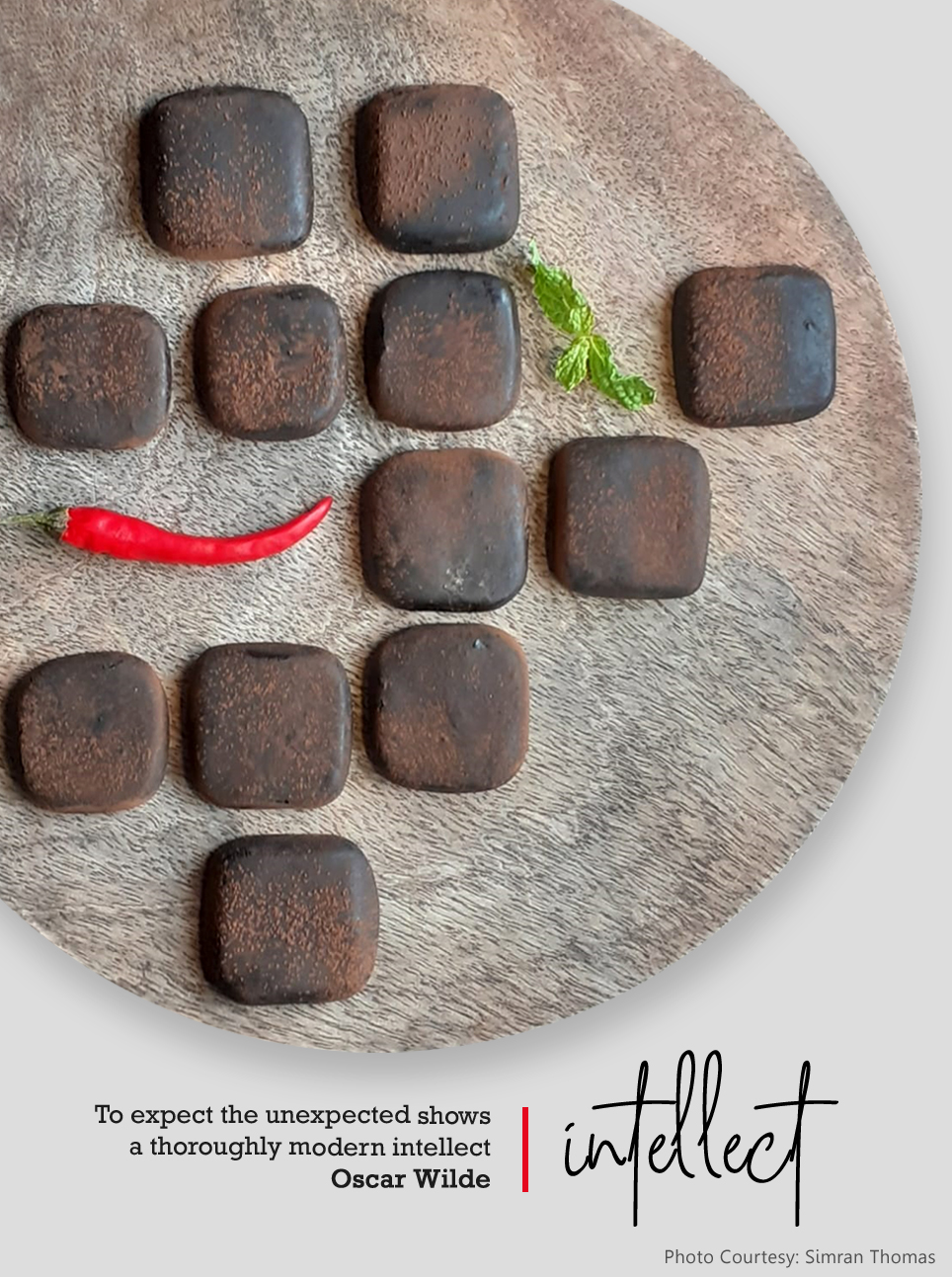 Towards an Intellectual Unorder

“I swear, gentlemen, that to be too conscious is an illness - a real thorough-going illness.” Fyodor Dostoyevsky’s declamation, which indeed sounds like a note from underground,  is what comes to me at this time of unparalleled geopolitical rivalry even as governments across the world are confronting a triple-edged crisis: of  health, business, and institutional validity. These three issues normally appear disparate when one can afford to be conscious of taxonomies and their conveniences. But in the Covid 19 era of uncertainty, the neat categories of need, comfort and pleasure that human beings have built through the past century are fast getting fused into a single concern about survival.

I write this at a juncture that marks the platinum jubilee of the 1945 Potsdam Conference where the Allies met to discuss “a new world order”. Ironically, even as they decided to prevent further wars, that conference was exactly where the seeds of the Cold War were sown. Today, 75 years later, the United Nations formed to ensure that there would be no more wars, seems to have lived its life. With the conflicts within the Security Council becoming increasingly difficult to resolve, its dysfunctionality is becoming too evident to ignore.

If the ideological struggle between communism represented by Josef Stalin’s Soviet Union and capitalism embodied by President Harry Truman was the marker of the WWII time, today’s standoff between Xi Jinping’s China and the U.S. under Donald Trump draws a curious parallel. To the Chinese mind, the U.S. appears to have lost its leadership edge in the Asia-Pacific, if not the world at large. The US is no longer feared for its technological or military superiority, as its leadership has ended up projecting the country as a self-absorbed nation especially at this time when the coronavirus is ripping through its population. China sees this as an opportune moment  to press ahead with its assertiveness as a fast-rising power. It is true that China has already rubbed the US, many parts of EU, Australia, Japan, the Arab world, and neighbours like India on the wrong side.  But, Xi Jinping does not seem to be affected yet.

As one can see, there are  impending tectonic shifts  here, especially with the failure of male leadership across the world as well as lack of trust in the veracity of information. How these will develop through this year will determine the order/unorder of the post-virus era. At this point, the critical question that we ask in this issue of Inter-Actions themed ‘Intellect’ is this: Is the most significant function of human intellect at this time, to frenetically try and create a ‘new world order’ or is it to find a less aggressive way to cope and create with chaos?

As ‘order’ is generally understood as the marker of ‘being conscious’ , let me return to Dostoyevsky’s warning. His words indicate that our effort to be conscious to the point of being intolerant to all uncertainty, chaos and disorder, is an “illness”.  One can see that it is the illness that the patriarchal world has always suffered from. In these pandemic times when we are witnessing an ever-heightening geopolitical rivalry the outcome of which no one might be able to predict, this editorial serves as a mere intimation of how ‘order’ and ‘illness’ may be integrally related, contrary to the popular perception that it is ‘disorder’ that brings sickness.

Our Executive Editor Shivani Karmarkar in her regular column Aesthetics of Conflict succinctly catches this dilemma of the Anthropocene by its horn: "The illusion of control we enjoyed over our choices, our routines, our lives and our future has been shattered, exposing the many failures of the current design of human society….One of the primary reasons for this remains our inability to accept and navigate through the complexity of our world… Now that we find ourselves lost, once again, we are also presented with the endless possibilities of the route we decide to take hereon.”

Our LILAIGHT of the Season is a demonstration of this ‘soft’ possibility of learning to accept chaos, and work through it. LOKA, a school and a world in itself, located in the remote Manikpur village in Bihar's Aurangabad district, was co-founded by Charlotte Leech and Sanat Kumar. That is where we find this possibility of an alternative non-patriarchal intellect that does not seek to exercise control or be too conscious. An intellect that delights in things taking their own shapes to add to the multicentredness of the universe.

This quarter’s Renaissance Person is the late Alain Daniélou, dancer, musician, Indologist who had gone beyond the stereotypes of gender roles in art, and made India his second home. Through the words of philosopher Adrian Navigante, we recognise his nearly-forgotten legacy, and offer a critical reclamation of the polyhedric scholar, who, through his intense connection with the experiential, we trust, shows us a new intellectual way into the post-Covid world. In Basic Conversations, we feature Aseem Shrivastava and Himanshu Burte who discuss how we may move beyond the Anthropocene, exploring radical ideas that can connect the wisdom of the past with the empirical realities of the present and the dreams for a pluralistic future.

Unny’s Leetatoon comes to you with an ironical declamation of a robotic intellectual in the AI World who does not do any routine work: “I am an artificial intellectual”--Unny  too points the urgent need to reclaim the ‘intellectual’ from the fallacy of working away from the everyday. In Reflections this quarter, our appreciation of language as a major conduit of intellectual activity of a people has prompted us to present five linguistic sites: Gujarati, Telugu, Bengali, Assamese and Maithili. Roughly representing five regions of the country, Sitanshu Yashaschandra,  Volga, Saubhik De Sarkar, Harekrishna Deka and Udaya Narayana Singh take us through the histories and contemporary movements of  subversive discourses in these languages.

Wordactions this time presents Hindi poet Mangalesh Dabral’s exhortation that we must urgently protect the meaning and moisture of language from the pollutants of politics. His urging that poets are the citizens of language and are not limited by political boundaries finds its resonance in Artactions. Our featured artist, aqui thami shows how to nurture a space of subversion that works on the principles of healing within the community.

‘Intellect’ is a topic that transcends definitions, but we hope we have been able to touch upon many significant aspects of this question. As Simran Thomas’ cover shows, our own aspiration is to gain a malleable intellect that expects the unexpected, allows fluidity, and celebrates multiplicity.  We believe this ‘unorder’ must not just be the nature and function of the future human intellect, but also its most profound ethical core.

At a time when the United Nations is finding it hard to  “avoid further wars” as per its mandate, governments are reeking of non-leadership , and institutional capacities to verify the truth of information are fast eroding, the only way for every individual to push ‘war’ out of her system is to learn to co-exist wholly with ‘others’ by rooting her intellect in a trans-human unorder. As Michel Foucault says in  The Order of Things: An Archaeology of the Human Sciences, “It is no longer possible to think in our day other than in the void left by man's disappearance.” The onus of avoiding the imminent War is on each of us as neither the UN nor the governments seem to be bothered. Hence must we urgently let our intellect wake up to the beauties of a posthuman world and begin to live in sync with our own basic instinct to resist control and too much ‘order’.

The one institution that should be different across the world, but is the same, is the school. In a remote village in Bihar, however, a change is a coming

A World Playing Itself Out in the Open

To move beyond the anthropocene, we must find radical ideas that connect the wisdom of the past with the empirical realities of the present

The Modern Condition and the Wisdom of the Earth 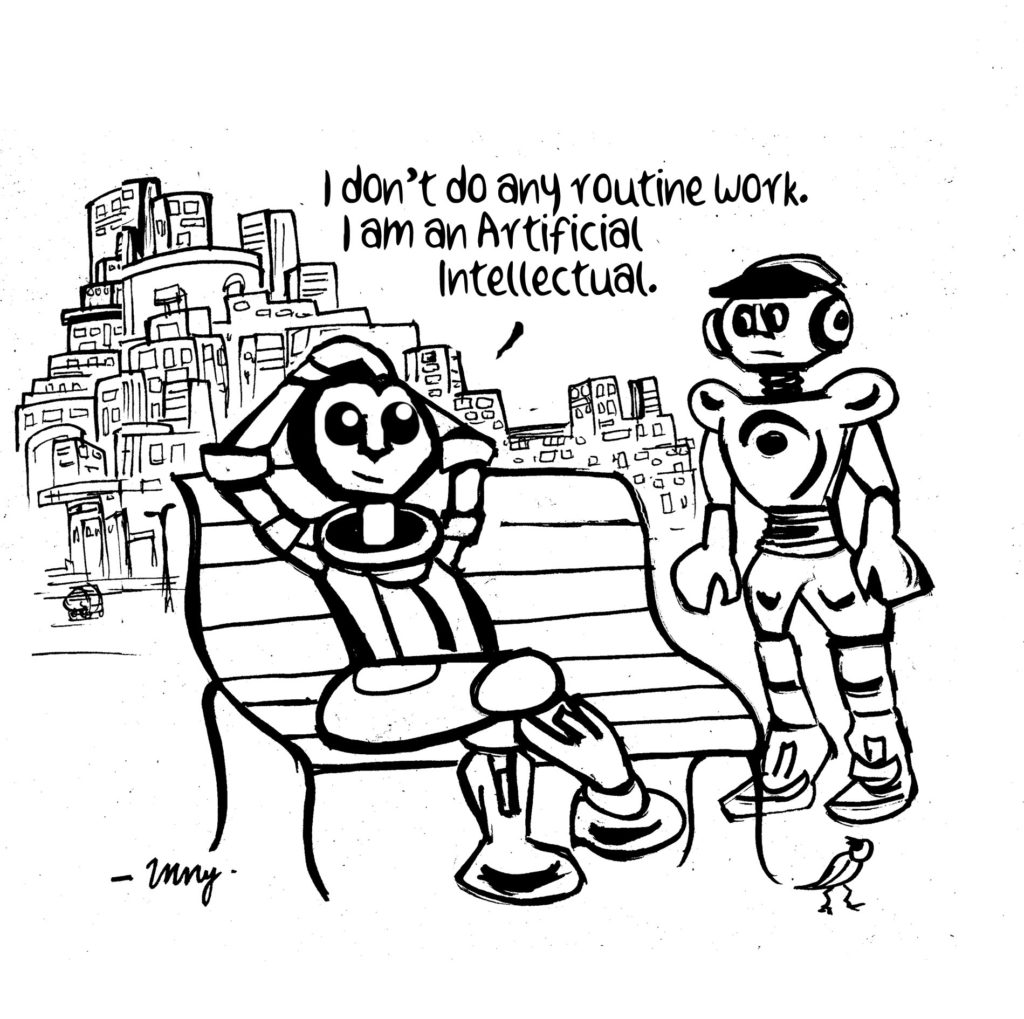 The Forgotten Past as a Future Alternative

A Quest for Uncertain Selves

The Vulnerabilities and Fluidities of Maithili

Where Do the Public Intellectuals Meet?

Decolonising Bengali Literature in the Age of the Internet

About Touch and Time: Two Poems

“Poets Are the Citizens of Language”

Politics has polluted language and we have to touch and protect its meaning, its sensibility, and its moisture in these ruthless times

Reclaiming Spaces and Identities: A Gallery

A gallery of aqui’s zines and public installations that reflect not only the concerns of an artist, but also ways of engaging in a critical public discourse

how to be soft

In response to the epistemic oppression observed across learning spaces, an artist-scholar has nurtured a space of subversion that works on the principles of healing within the community

Between Crystal Waters and Sticky Mud: The Path of Mathematical Language

Enabling the Right to Discard: The Evolving Language of Music

The Curious Language of the Curator: The Art of Translating Artworld(s)

Faith Must Be Rooted in Doubt